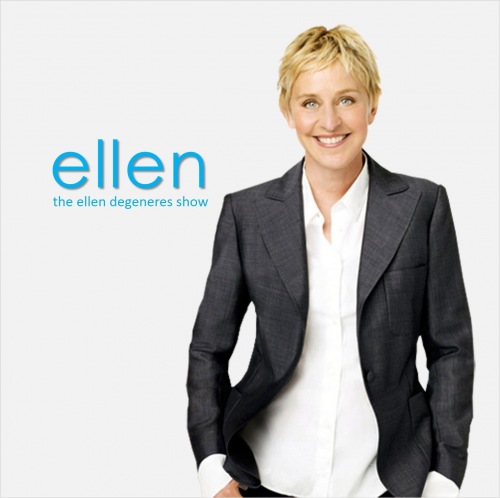 Ellen: The Ellen DeGeneres Show is the veteran entertaining talk-show that is extremely popular in the USA. A winning combination of small talk, embarrassing tasks, funny games and pieces of music, the program has become a smash hit quickly after its debut episode came out. Season 1 of The Ellen DeGeneres Show premiered in September 8, 2003 and the program has already shown us more than 2300 episodes, and the irreplaceable hostess, Ellen, has become a guarantee of good brand humor.

It’s hardly possible to name a celebrity who never visited Ellen on the show. Katy Perry, Celine Dion, Simon Cowell, Sam Horowitz (whose bar mitzvah became a YouTube sensation), Hugh Jackman, Jim Carrey, Pink and many and many others were seen sitting in front of Ellen or dancing or singing or what not doing.

For those who have seen the program, it comes as no surprise that The Ellen DeGeneres Show enjoys critical accolades and awards. For now, it has received more than 75 wins and almost 90 nominations, including several Daytime Emmy Awards in the category Outstanding Talk Show/Entertainment (and other categories) and OFTA Television Awards in the category Best Host or Panelist in a Non-Fiction Program. On IMDB the talk-show is holding a good mark of 7.3/10, which is based on 11 thousand viewers.

If you like to see Ellen DeGeneres in her younger years, find the sitcom called Ellen. The comedian plays a role of a bookshop owner, who overcomes app difficulties with the help of optimism and humor.

One of the episodes was broadcast from a hospital, and the quests, being an important part of The Ellen DeGeneres Show, did not miss the episode and came to the hospital to join the host.

Starting the show with dancing is habitual for us already, but scaring the quests will hardly become habitual for them. On the show, Ellen sometimes pranks her quests with scary things.

Except for scaring people, Ellen plays with them classical games such as Never Have I ever, True or False, What's in the box?, Let's make a trade, Blindfolded musical chairs and others. 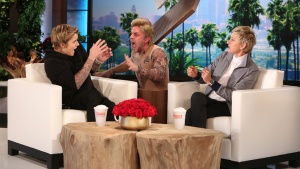 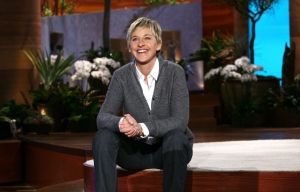 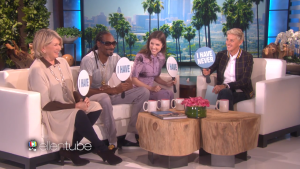 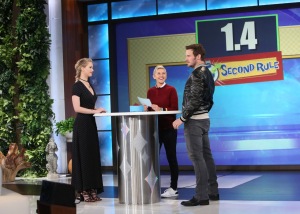 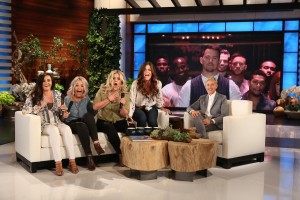 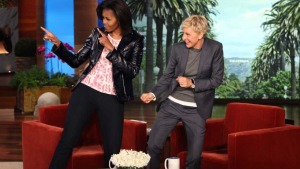 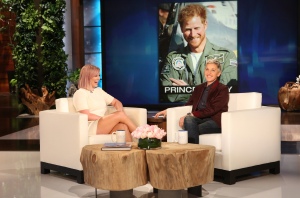 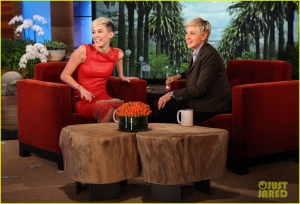 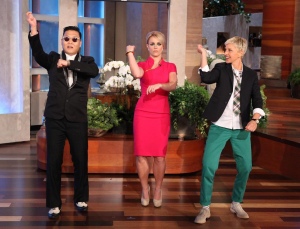