Deprecated: Methods with the same name as their class will not be constructors in a future version of PHP; KCAPTCHA has a deprecated constructor in /var/www/neosite/data/www/expectrelease.com/include/classes/class.captcha.php on line 19
 Regular Show is to be renewed for season 9 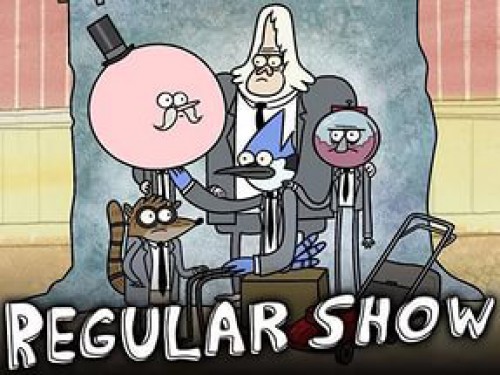 Regular Show is a long-running American animated comedy series that has been airing on the Cartoon Network since September 6, 2010. The critically acclaimed series was penned by J.G. Quintel (2 in the AM PM, Camp Lazlo!) and developed by Cartoon Network Studios.

The storyline of Regular Show revolves around the adventures and misadventures of two comrades, raccoon Rigby and a jay Mordecai, two rangers in a park. The main thing the buddies do is to play the fool and search for something to entertain them. Their chief Benson, live vending machine packed with chewing gum, is crossed with them, as Rigby and Mordecai always get into a trouble. But a prudent and rational yeti Skips rescues them and helps them cope with all their problems.

Since its release in 2010, the original and irregular Regular Show has become a real hit. Subjects of the episodes are so unpredictable that the viewer is often taken aback by the plot development, and it draws even more attention to the show. The series has attracted more than 2 viewers for the broadcasting channel and enjoyed 21 nominations and six wins, including 2012 Primetime Emmy in the category Outstanding Short-Format Animated Program and two BMI Film & TV Awards for Top Television Series Underscore. 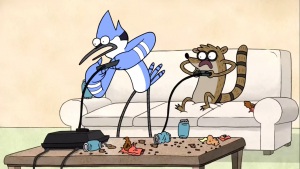 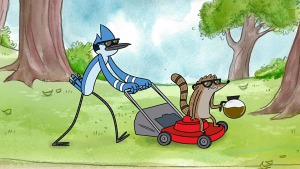 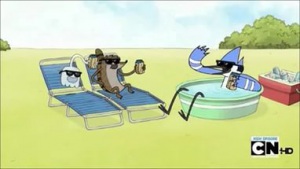 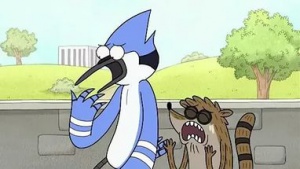 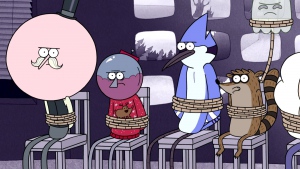 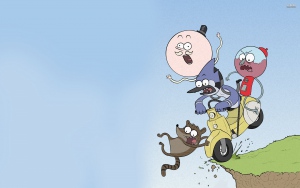