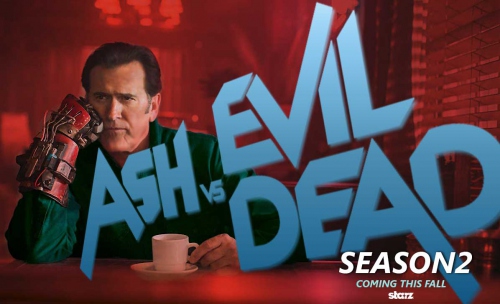 Ash vs. Evil Dead is a popular American series, a cross-over between comedy, action and horror. The series has been broadcast on the Starz channel in America since October 2015. This gripping and amusing series is a brainchild of experienced and award-winning film director, producer, writer and actor Sam Raimi (Spider-Man, Evil Dead, Xena: Warrior Princess)

As it is understood from the title, the storyline of the series follows Ash, who is familiar to us from earlier parts of Evil Dead franchise. In this new comedy-horror series the action takes place almost three decades later. A student in the original movie, Ash is now a middle-aged rough drunkard. Avoiding responsibility, maturity and the horrors of the Evil Dead for all this time, Ash has had a more or less steady life until a Deadite apocalypse terrorizes to destroy all the humanity and Ash becomes mankind’s only hope.

Ash vs. Evil Dead has managed to create such a considerable buzz in the media and among viewers, that the broadcasting network picked the TV show up for a second cycle very quickly after the series premiered. The first reviews on Ash vs. Evil Dead have been very positive, and the audience has got quickly addicted to the winning mixture of humor and horror. 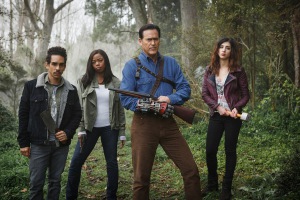 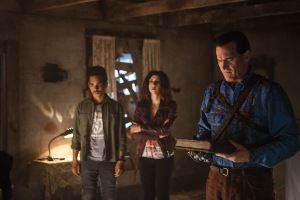 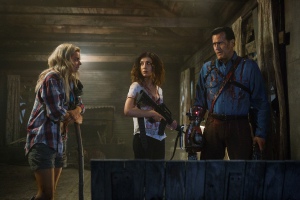 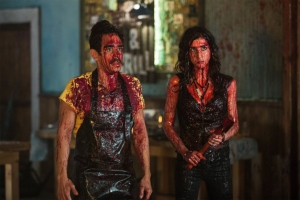 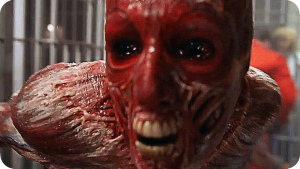