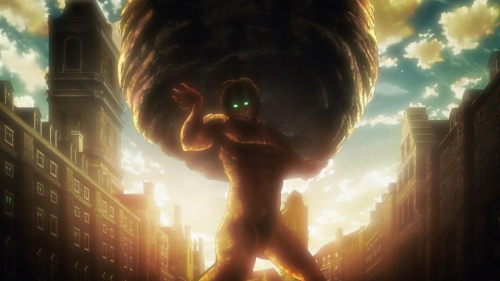 Shingeki no Kyojin is another Japanese anime, which attracted attention of viewers all over the world. The series debuted in 2013, and now, in four years, we are expecting its renewal for a second chapter.

The original name of the manga series is commonly translated into English as "Attack on Titan”. It has quite an entertaining plot: since the beginning of the world, people have been fighting against the Titans – human-looking creatures of the enormous size and strength, but not of enormous intellect. After another fierce fight with the Titans, the survivors of the planet have built a wall, surrounding the country of humans, which cannot be overcome even by the Titans. Since that a peaceful century, protected by the wall, passed by.

But one day two children, Eren and Mikasa, witness an event, which is an omen of a disaster – one part of the wall was broken by a giant that appeared from nowhere. The Titans went into the city and the siblings saw how one of them killed their mother. Eren and Mikasa somehow stayed alive, and the brother swore that one day he would destroy all the titans and take the revenge for all humanity

The good news for the fans of “Attack on Titan” is that we will see its next installment in spring 2017. 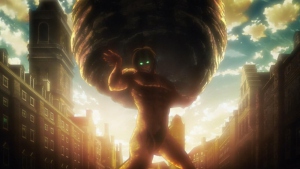 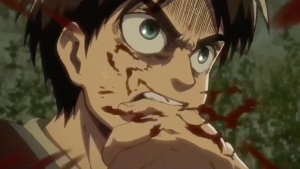 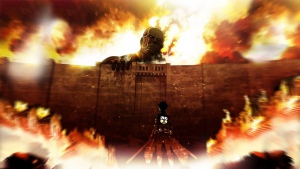